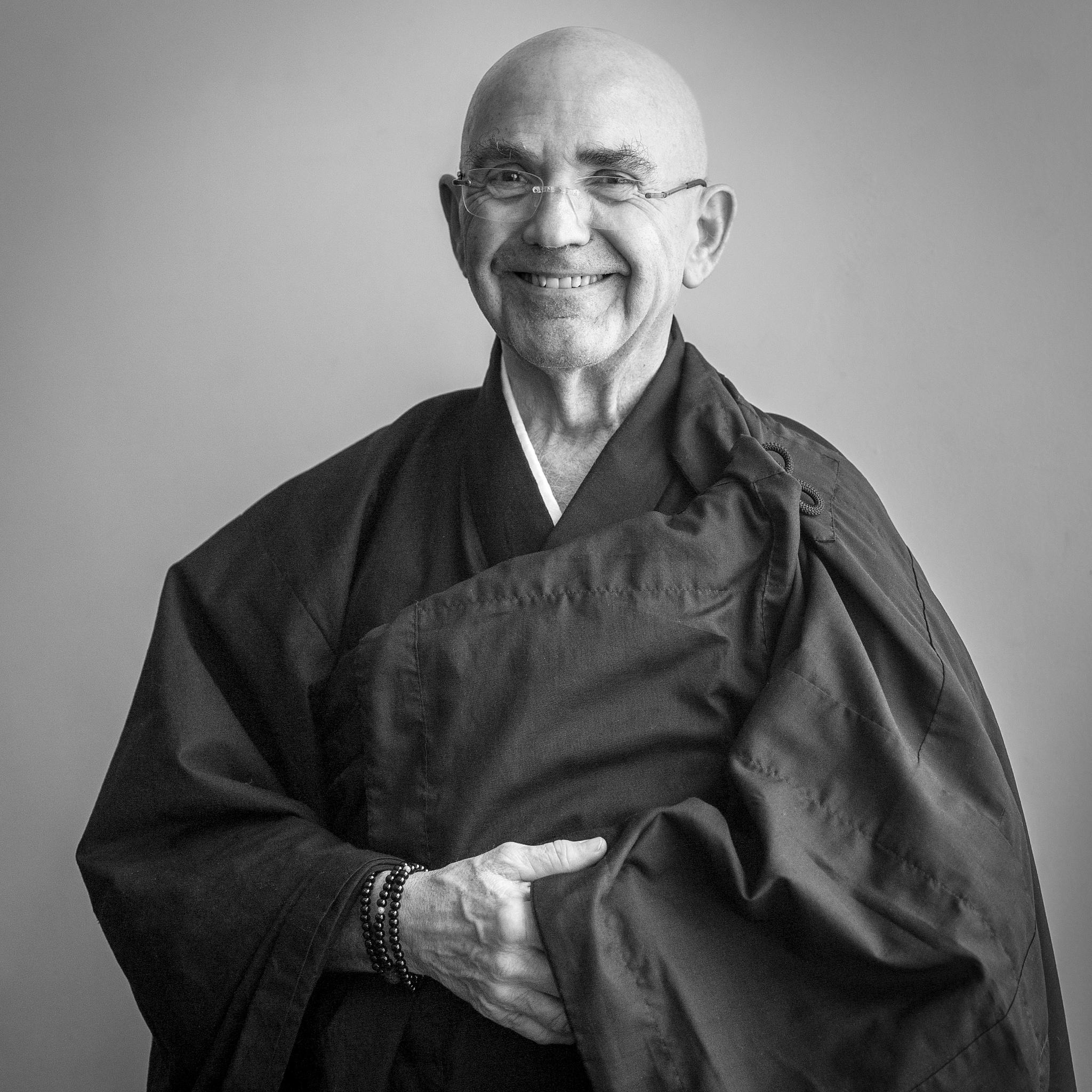 Robert Kaku Gunn first received the precepts from John Daido Loori in May of 1993 and was given the Dharma name, Jingen, meaning “God is the source of my life.” He joined the Village Zendo in 2001, then received the precepts from Enkyo Roshi in 2005, who gave him the Dharma name KaiZen, “revealing Zen.” In 2012 she ordained him a Soto Zen priest and gave him the name of Kaku—”Song of Emptiness.”

After 38 years as a Christian pastor of churches in Maine, Boston and New York in the United Church of Christ, in December of 2017, Kaku became the Guiding Teacher for the Empty Hand Zen Center in New Rochelle, N.Y. In March of 2019, Enkyo Roshi gave him dharma transmission.

Kaku Sensei was a frequent speaker and retreat leader on Buddhist/Christian Dialogue and is the author of Journeys Into Emptiness: Dōgen, Merton and Jung and The Quest for Transformation (Paulist Press, 2000), as well as a two-volume autobiography, One Bright Pearl: An Unholy Memoir, vol. 1, and One Bright Pearl: God is the Source of My Life, vol. 2 (Amazon, 2017). With Roshi Enkyo O’Hara, Kaku is the subject of a video, One Body, One Heart, in which Roshi and he discuss the role of his Zen practice in meeting the challenge of cancer.

As a psychotherapist in private practice on the Upper West Side of New York, Kaku also served as adjunct faculty at Union Theological Seminary and New York Theological Seminary for twenty years. In April of 2019, Kaku relocated to Virginia Beach, Virginia to live near his daughters and establish a new Zen practice center.

Kaku said, “I live in deep gratitude for the gift of Zen practice and most especially for the experience of being raised in the Zen family of the Village Zendo under Enkyo Roshi O’Hara. When I first came to practice with her, I was full of mistrust and told her I didn’t trust anyone, especially myself. She said, ‘I hope you will let us love you.’ And I did. And they did. Unending bows for an unending practice!”