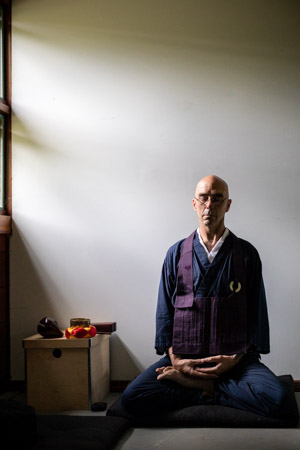 Jo An received dharma transmission in July 2022. He began Zen practice in 1997 with Fire Lotus Zendo; in 2000 he became a student of Enkyo Roshi and began practice with the Village Zendo sangha. He took lay precepts in 2001, ordained in 2004, and was practice leader in 2008. He is the founder and leader of the New Paltz Zen Center, and a registered nurse serving special needs children in a local elementary school.