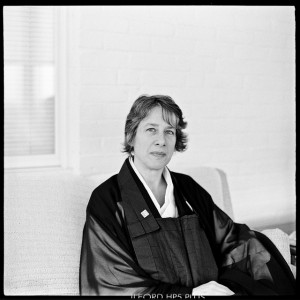 Lisa Soshin Dufour received dharma transmission in July 2022. She lives in Massachusetts where she began her Zen practice with Anraku Sensei in 2002. Soshin became a formal student of the Village Zendo in 2004 and received the precepts and Dharma name, Zuisho, in 2005. She received the name, Soshin, In 2010 when she ordained as a Soto priest, and she received the Denkai empowerment in October, 2016. Soshin is a member of the Oxbow Zen Sangha in Northampton, MA.

Soshin works for an environmental non-profit as the Director of Human Resources.