The Bodhisattva’s Four Methods of Guidance

The Bodhisattva’s Four Methods of Guidance 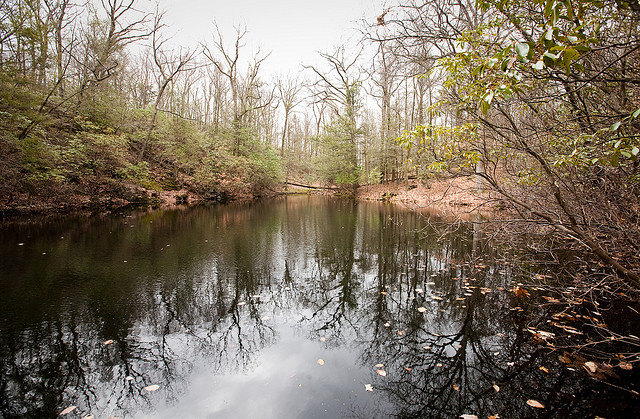 “Giving” means nongreed. Nongreed means not to covet. Not to covet means not to curry favor. Even if you govern the Four Continents, you should always convey the authentic path with nongreed. It is like giving away unneeded belongings to someone you don’t know, to offer flowers blooming on a distant mountain to the Tathagata, or, again, to offer treasures you had in your former life to sentient beings. Whether it is of teaching or of material, each gift has its value and is worth giving. Even if the gift is not your own, there is no reason to keep from giving. The question is not whether the gift is valuable, but whether there is genuine merit.

When you leave the way to the way, you attain the way. At the time of attaining the way, the way is always left to the way. When treasure is left just as treasure, treasure becomes giving. You give yourself to yourself and others to others. The power of the causal relations of giving reaches to devas, human beings, and even enlightened sages. When giving becomes actual, such causal relations are immediately formed.

The Buddha said, “When a person who practices giving goes to an assembly, people take notice.” Know that the mind of such a person communicates subtly with others. This being so, give even a phrase or verse of the truth; it will be a wholesome seed for this and other lifetimes. Give your valuables, even a penny or a blade of grass; it will be a wholesome root for this and other lifetimes. The truth can turn into valuables; valuables can turn into the truth. This is all because the giver is willing.

A king [Emperor Tai of the Tang Dynasty] gave his beard as medicine to cure his retainer’s disease. A child offered sand to Buddha and became King [Ashoka] in a later birth. They were not greedy for reward but only shared what they could. To launch a boat or build a bridge is an act of giving. If you study giving closely, you see that to accept a body and to give up the body are both giving. Making a living and producing things can be nothing other than giving. To leave flowers to the wind, to leave birds to the seasons, are also acts of giving.

Great King Ashoka was able to offer enough food for hundreds of monks with half a myrobalan. People who practice giving should understand that King Ashoka thus proved the greatness of giving. Not only should you make an effort to give, but also be mindful of every opportunity to give. You are born into this present life because you originally embodied the merit of giving [from the past].

The Buddha said, “If you are to practice giving to yourself, how much more so to your parents, wife, and children.”

Thus, know that to give to yourself is a part of giving. To give to your family is also giving. Even when you give a particle of dust, you should rejoice in your own act, because you authentically transmit the merit of all buddhas, and begin to practice an act of a bodhisattva. The mind of a sentient being is difficult to change. Keep on changing the minds of sentient beings, from the moment that you offer one valuable, to the moment that they attain the way. This should be initiated by giving. Thus, giving is the first of the six paramitas [realizations].

“Kind speech” means that when you see sentient beings you arouse the heart of compassion and offer words of loving care. It is contrary to cruel or violent speech.

In the secular world, there is the custom of asking after someone’s health. In the buddha way there is the phrase “Please treasure yourself ” and the respectful address to seniors, “May I ask how you are?” It is kind speech to speak to sentient beings as you would to a baby.

Praise those with virtue; pity those without it. If kind speech is offered, little by little kind speech expands. Thus, even kind speech that is not ordinarily known or seen comes into being. Be willing to practice it for this entire present life; do not give up, world after world, life after life. Kind speech is the basis for reconciling rulers and subduing enemies. Those who hear kind speech from you have a delighted expression and a joyful mind. Those who hear of your kind speech will be deeply touched; they will always remember it.

“Beneficial action” is skillfully to benefit all classes of sentient beings; that is, to care about their distant and near future, and to help them by using skillful means. In ancient times, someone helped a caged tortoise; another took care of ai sick sparrow. They did not expect a reward; they were moved to do so only for the sake of beneficial action.

Foolish people think that if they help others first, their own benefit will be lost, but this is not so. Beneficial action is an act of oneness, benefiting self and others together.

To greet petitioners, a lord of old stopped three times in the middle of his bath to arrange his hair, and three times left his dinner table. He did this solely with the intention of benefiting others. He did not mind instructing even subjects of other lords. Thus, benefit friend and enemy equally. Benefit self and others alike. If you have this heart, even beneficial action for the sake of grass, trees, wind, and water is spontaneous and unremitting. This being so, make a wholehearted effort to help the ignorant.

With a gentle expression, practice identity action for all people.

Written on the fifth day, the fifth month, the fourth year of the Ninji Era [1243] by Monk Dogen, who transmitted dharma from China.

To order the book:   http://www.shambhala.com/treasury-of-the-true-dharma-eye-1.html