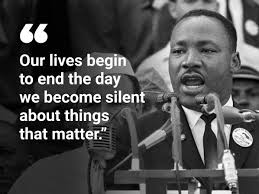 The People of Color Zen Meditation Group and The Village Zendo present:

BUDDHISM THROUGH THE EYES OF COLOR

A Panel Discussion with Malik JM Walker (Hokyu), founder and leading facilitator of the Monju-do Fellowship, and James Lynch, President of the Buddhist Council of New York.

Moderated by Willie Mukei Smith of the Village Zendo

In recent years, much of the racial news in America has been sobering, if not depressing. Many public commentators, like Ta-Nehisi Coates, have underlined the enduring character of racism in America, and the ways in which America’s racial divide has exacted a particular kind of toll on black males. How does Buddhism address the issues of racism, white privilege, and, in particular, the current conditions surrounding black men and boys? Does the dharma have anything unique to offer to people of color in America? Our panelists will discuss their encounter with Buddhist liberation as men of color and as students and teachers on the path.

ALL PEOPLE OF GOOD WILL ARE WELCOME 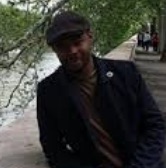 Malik J.M. Walker – (Hokyu) serves as the founding director and lead facilitator of the The Monju-Do Zen Fellowship. He received Bodhisattva (lay) ordination and Shukke Tokudo (monastic/priest ordination) at the New Orleans Zen Temple. Malik has a decade of experience facilitating sitting groups, including at Yale University (where he completed his M.A.R. from the Divinity School) and Fordham University (where he’s currently working on his Ph.D. in theology). He serves as a Buddhist chaplain at New York University. 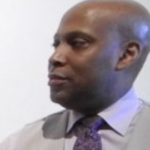 James A. Lynch, Jr, is a Dharma Teacher as authorized by the Japanese lay Buddhist Organization Rissho Kosei Kai. He is also their official representative for outside affairs in the New York City area as well as an official representative to the United Nations. In addition James is currently the President of the Buddhist Council of New York (“BCNY”) and is also an Executive Officer for Religions for Peace USA (“RFP USA”). RFP USA is the largest and most broadly-based representative multi-religious forum in the United States, with participants from more than 50 religious communities, representing each of the major faith traditions.

* Martin Luther King Jr. Day is celebrated as a Federal Holiday on January 21, 2019