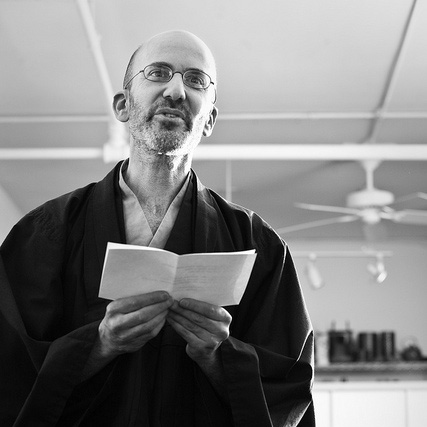 Bokushu Tucker received the title of “Hoshi”, or “Dharma Holder”, in October 2018. He first attended an ‘Intro to Zen’ session at the Village Zendo in November 2007.  He sat Tangaryo in November 2008, and received the precepts from Enkyo Roshi in August 2009.  Bokushu began koan study and also joined the Sing Sing sangha during 2010, led by Ryotan Sensei.  He was the Village Zendo’s Shuso for Summer Ango 2014.

Bokushu is a nationally certified teacher of the Alexander Technique.  He lives and teaches in the Greenwich Village neighborhood of New York City.