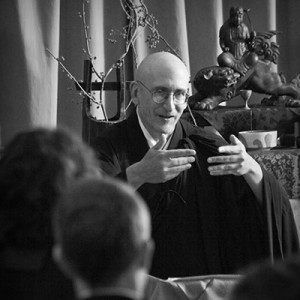 Ryotan Sensei will give a dharma talk.

Join us for an evening of meditation, walking meditation, and a dharma talk on buddhist philosophy in a welcoming and supportive atmosphere. This is an opportunity to touch into our innate clarity, compassion, and wisdom through both study and practice.

This evening’s dharma talk will be led by Ryotan Sensei. Ryotan was named Sensei at the Village Zendo temple (Dotokuji) in December 2008. He began the formal practice of Zen in 1989 at Zen Mountain Monastery and studied for eight years with Roshi John Daido Loori. He has been studying with Roshi Pat Enkyo O’Hara since 1997. In August 2002, Ryotan received ordination in the Soto Zen lineage of Taizan Maezumi Roshi, and in August 2005 he received the title of “Hoshi”, or “Dharma Holder”. Currently, he serves as coordinator of the Zendo’s Buddhist program at Sing Sing prison. Ryotan practices psychotherapy in the Union Square area of Manhattan.

He says, “I have found that the practices of Zen and psychotherapy feed each other, though not necessarily in the ways you read about in books.”

Join us at any time between zazen (meditation) periods and kinhin (walking meditation).